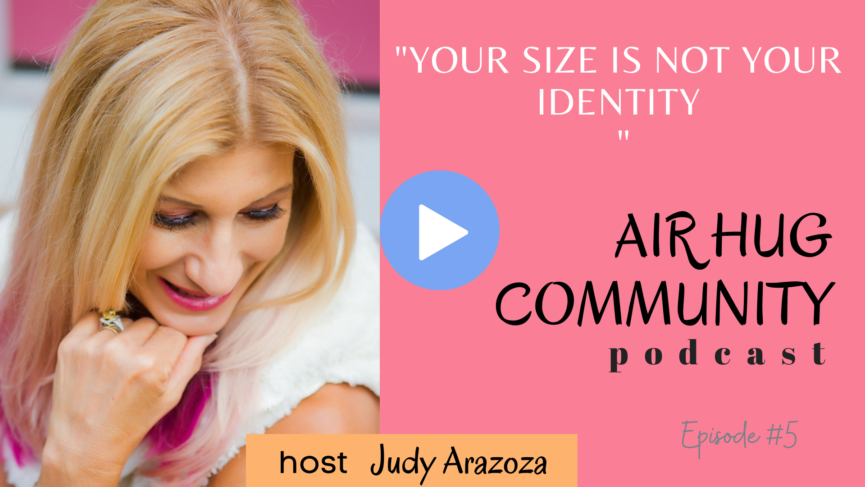 Click For Episode Transcript
It’s always a  fine time for a little chat about our identity. And so I’m going to begin today with a little story. I’ve been thinking a lot about tennis lately because, when my kids were small, I really enjoyed playing tennis as an activity and a hobby.

And as the kids got older and they got into quite a bit of their own sports and activities, tennis for me kind of took a back seat for a while. Recently I was reminded about some of the stories and thoughts that I had while playing tennis. On a recent family vacation, we rented a house and there was a tennis court, on the property. We played a lot of tennis that week, and I laughed so much because so many little thoughts about tennis came up. The big one was especially prevalent when I wasn’t playing well. I would say, (and if I was playing well too) I would say, you know what? Wait a minute. “Nobody is gonna write this score on my gravestone” and that would always make me laugh.

I’m a little bit competitive. And so is my family. And so were my tennis friends back in the day. But the truth of the matter, that score had nothing to do with my identity. Sometimes there would be people who would be so angry about if a ball being called in bounds or out. I would have my gravestone thought and let them call it however they wanted.

Here is something else, but still regarding our identity. Have you ever seen those little name tags? It’s a hello? My name is, and then you’re supposed to like, use a fancy marker and write your name on it.

Imagine for a while that you are wearing one of those names in a room full of people at some very event that’s important to you or just some big event, maybe it’s a networking event or something. Can you imagine having this on and it’s “Hello My name is, and my size is_______” And my number makes me feel _____( insert your feeling).

The point is that your identity is not the score of your tennis match. It’s not the size that you’re wearing and it’s not dictated by your age or a number on the scale.

And maybe we think that we know better, right? Maybe, but how many of us are haunted by these things?

A number does not have the power to ruin your day unless you give it the power to. I get a lot of my inspiration from comments that are said during our in-person sessions and our comments in our Zoom sessions. And one of the very common remarks that we get in our sessions is that someone’s having a good day or a bad day based on the number on the scale.

All of us at one time or another have been on a diet. And so of course, when you’ve been dedicated to that diet for X number of days or weeks and you get on the scale, and all of a sudden you see the number moving the direction you want. You’re like, okay, this is a good day. Or maybe. If the opposite happens, maybe your thought is, Oh, this is a bad day.

And you know, if it’s a fleeting thought and maybe the whole day doesn’t have to be based on that number.

So that’s fine and good. It’s not a big deal. Here’s where the problem comes in. The problems come in when someone, maybe a chronic, dieter or someone chronically obsessed with having a certain size or they have a fear of growing old. They’re fearing a number or of any one of those things.

And then they start to think that their worthiness depends on some predetermined number that has been conjured up in their brain. This reminds me of the movie ‘Mean Girls’, of course, that’s a really great example because everything about that movie had to do with the identity of being thin and popular.

I still remember this scene. There were a couple of girls talking and the one girl was like, well, how much do you weigh? And she says a number. I don’t even know what the number was in the other one. I was like, well, I think it was like a reasonable number for like a young girl, you know, it was not like a horrendous number.

So the other girl says sarcastically well that’s okay, And she goes on to say “don’t worry about it. I still like you.” what the heck? But, okay. That was the whole theme of the whole movie.

For many people, it’s gone too far and it’s their reality. It has become their measure of worthiness, and when our worthiness, our happiness based on a number, it is fragile. Our worthiness needs to be unconditional.

So going back to tennis. When I was in this competitive league and I sent a shot wayyyy out, I would catch myself saying  “I suck”

And then I stopped myself and thought, I don’t suck. The shot sucked.

There’s a very big difference there, but your brain doesn’t know the difference. So we have to be very careful with our brain because our brain is very literal. And it’s funny because I’ve often been accused of being very literal and I miss the point of jokes or sarcasm. My brain and I are literal together, LOL

I can’t speak for men, but I have talked with hundreds of women about this. It pains me to see people saying they’re having a good day or a bad day based on the scale. I literally had someone describe her morning like this. She would get on the scale every day and her puppy would be next to her. And she’d say, okay, Rover, I don’t remember the dog’s name. So we’re going to say, Rover. Is today going to be a good day or a bad day? And then she’d step on the scale. And literally, her decision for that entire day was based on that number. We have to get away from that.

Let’s remember. That our worthiness is never dependent on a number and it is dependent on learning to love ourselves unconditionally.

And maybe this is an over-stated topic, but it doesn’t make it any less important.

Speaking of sins, I used to get the “Lands End” catalog in the mail. I would look forward to looking at it and I would get some casual clothes like turtlenecks from them. (I was very into turtlenecks at one point in time) On one page there were these pants, advertised to hide our sins. WTF?

The whole commentary about these pants is that they would forgive your sins. And me being literal. I’m like, how can a pair of pants forgive your sins? And then I was like, Oh, they mean like eating chocolate cake or whatever or eating something you weren’t supposed to eat. And I

I closed the catalog. That is just dumb. But I wonder how many pairs of pants they sold because of that?

I never did buy them. The whole idea of hiding sins annoyed me.

There is something else that has been popping up in conversations a lot lately.  Over the last several weeks, the exact quote has popped up on three different occasions.  Okay, I’m listening. God, you must really want me to get this message if it’s been delivered independently by numerous people.

Shrinking to love yourself never works.  Statements and thoughts that are self-defeating are literal to our brain and if we are not careful, will leave us sad, angry, and disgusted. True self-content comes from loving yourself unconditionally. For more information on how to recover from self-defeating thought patterns check out this episode and my ongoing Instagram account. Also, consider reading this book, “Love Yourself Like Your Life Depended on It” by Kamil Ravikant, available on Amazon and where ever you buy books.

For more information visit www.gratefulfitness.com or email judy at Judy@judyarazoza.com.  Check back every Tuesday for new episode releases. 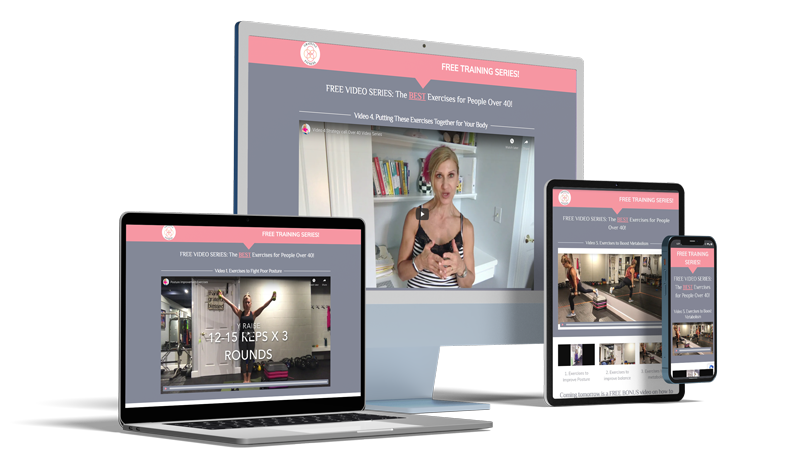 Free 3-Part video Series goes in-depth teaching you how to perform the above exercises step-by-step THE RIGHT WAY without getting hurt.
Watch for FREEGet the Exercises

2 Comments on “Episode Five: Your Size is not Your identity”

Free 3-Part video Series goes in-depth teaching you how to perform the above exercises step-by-step THE RIGHT WAY without getting hurt.
Watch for FREEGet the Exercises